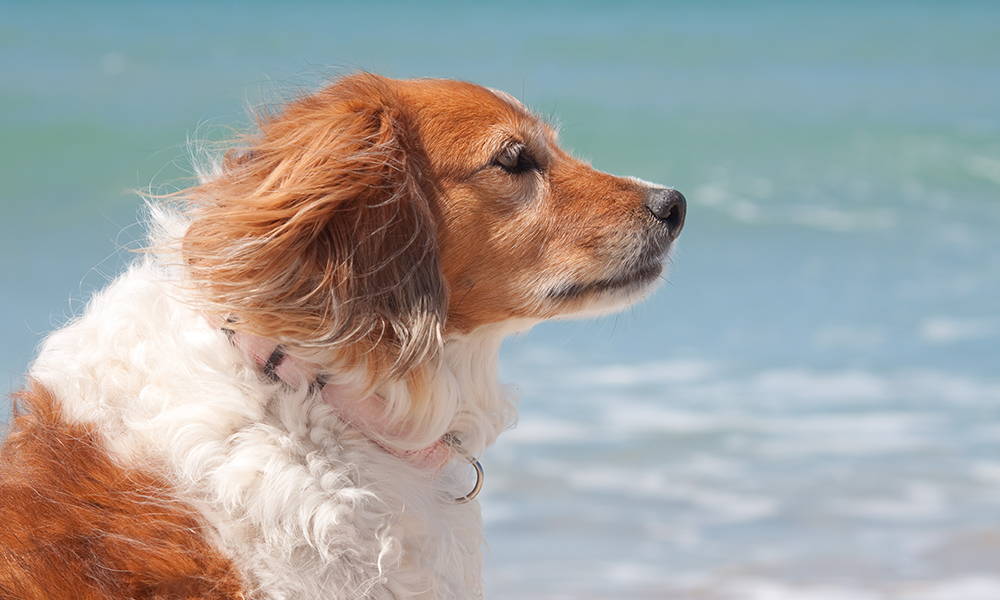 Can Dogs Get Dementia?

Yes. We are all aging - our dogs too. For our beloved geriatric pups aging can present as dog dementia. In dogs, dementia is usually referred to as cognitive dysfunction syndrome or cognitive dementia. Canine cognitive dysfunction is when aging dogs suffer from mental and behavioral decline associated with changes in their brains. This condition is quite similar, but is not exactly the same, as that in Alzheimer’s disease in humans. In humans, the damage in Alzheimer’s disease is permanent and irreparable.

In dogs, however, the outlook is more positive because behavioral signs of dementia are temporarily reversible and the progress of the disease can be slowed down.

Cognitive dysfunction results from changes in the brain associated with aging such as decline in neurons, decrease in cerebrovascular blood flow, or increase of neurotoin deposits. This result in the dog’s decreased responsiveness to stimuli, and decreased ability to learn and remember.

What are the Signs of Dementia in Dogs?

How do dogs act when they first get dementia?

In the early stages of dementia, the signs are often non-specific and are hard to attribute to any specific cause. Some indicators of dementia in dog may look like: 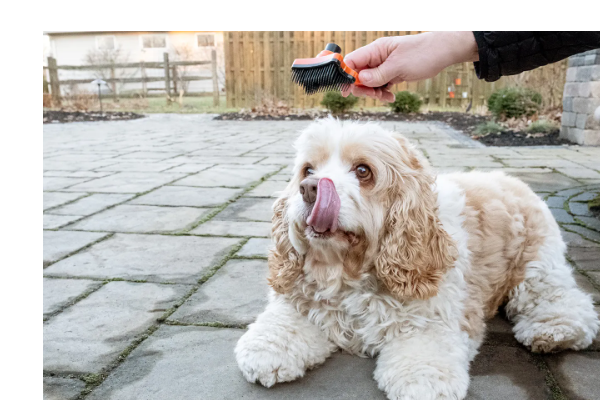 What Happens When a Dog has Dementia?

As the disease dementia progresses, you can observe more severe signs in your dog such as: 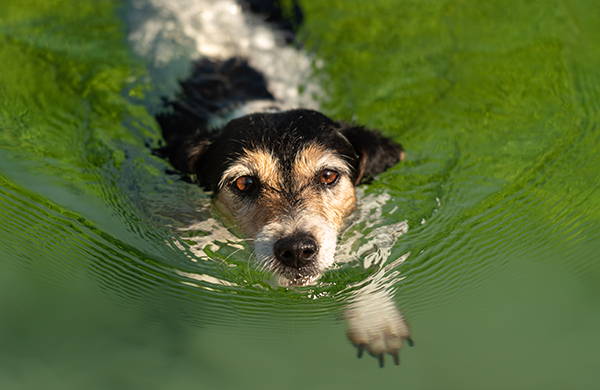 Caring for Dogs with Advanced Dementia

A Holistic and Alternative Care for Dementia in Dogs

Activity feeding- done by simply scattering dried food or freshly cooked bone for the pet to find. By doing nose-work exercises, your dog is having some olfactory stimulation, which may be one form of cognitive stimulation for your senior pet.

3 Cognitive Exercises to Practice with Dogs with Dementia

Walking your dog- gives your dogs a chance to sniff around and meet other dogs and people. Social interaction and exposure to new stimuli is important for keeping your dog’s cognitive skills sharp. If your dog has arthritis and has difficulty walking, using pet strollers is an option. She may not be getting aerobic exercise by using a stroller but she is using muscles involved in balance and attentiveness. 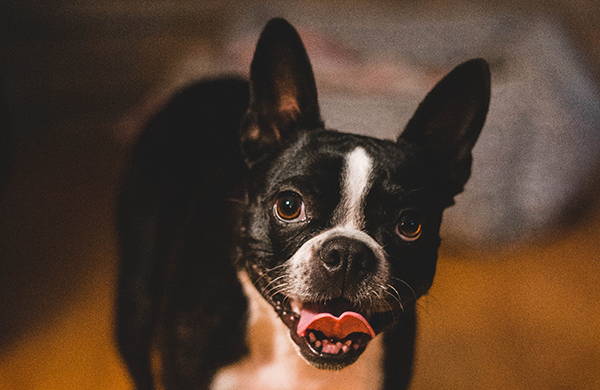 Aged Dogs with dementia have problems locating and getting to the resources they need. You, as the owner, have to make some simple changes in the house to suit the need of your sick and aging pet: 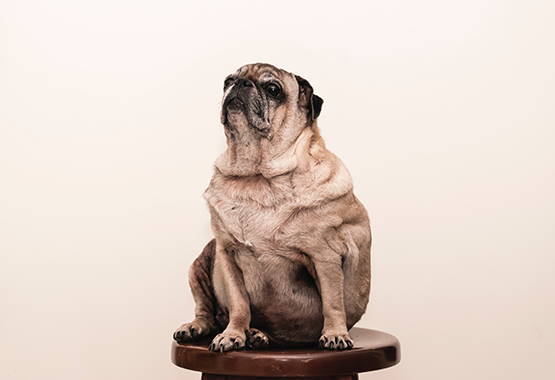 How Does Food Quality Help in Preventing or Delaying Dementia?

It has been shown that specialized diets rich in antioxidants can slow down the progression of cognitive dysfunction, improve behavioural function and may have a protective effect [3, 4].A study showed feeding aged dogs with an antioxidant fortified diet (daily dose: 21 mg/kg/day Vitamin E, 1.6 mg/kg/day Vitamin C, 5.2 mg/kg/day Carnitine, 2.6 mg/kg/day lipoic acid w/ fruits and vegetables equivalent to 5-6 servings/day) resulted in a slowing of the rate of decline in cognitive abilities.

Furthermore, if the feeding of the antioxidant fortified food is started at a young age (2-4 years), this will result in significant improvement on a visual discrimination task compared to dogs of the same age that were fed with nonfortified food over the same time period.

This finding means that feeding foods that are fortified with antioxidants at an early age will delay the onset of cognitive decline in dogs.[6] 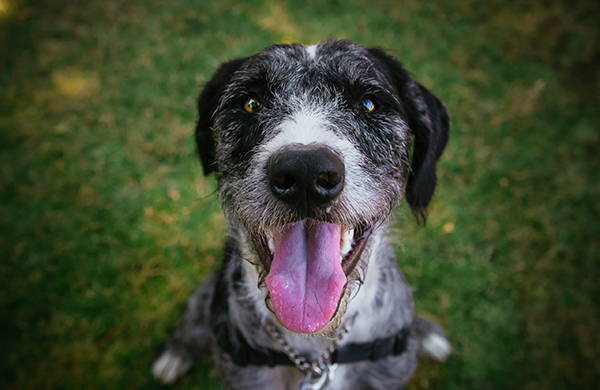 Dietary Treatment for Dogs with Dementia?

Dietary treatment for dogs with cognitive dysfunction is available. A commercially- available diet formulated for senior dogs (Hills Prescription Diet d/b) has been shown to improve memory, learning ability and clinical signs of cognitive dysfunction [9,3]. The diet is supplemented with antioxidants Vitamins E and C, selenium, beta carotene, and flavonoids and carotenoids, omega-3 fatty acids EPA and DHA. [9]Another diet shown to improve cognitive ability available in the market (Purina One SmartBlend Vibrant Maturity 7+ Formula) contains MCTs (medium-chain triglycerides). When fed to the aged beagles for 8 months, the dogs fed with the said diet scored significantly better on several types of cognitive tasks than did the control group. [1]The best time to implement dietary or supplement intervention is before the dog shows any signs of brain aging (4-5 yrs old for large dogs, 5-8 yrs old for medium dogs, no later than 8-10 years for small dogs). [7]

Any Supplementation that Helps?

Dietary supplements can help delay the onset and slow down the progress of cognitive decline in dogs.

PUFAs play a role in maintaining the integrity of neurons and enhancing energy use by neurons. [7]

MCTs increase fatty acid oxidation and so may increase omega-3 PUFAs in the brain. In old dogs, MCT-enriched diets have been shown to decrease levels of Alzheimer precursor protein and increase brain phospholipid and total lipid concentrations. [7]

Dietary supplements containing phosphatidylserine, a membrane phospholipid, has been shown to improve performance accuracy in memory tests when given to dogs for 60 days (Senilife, CEVA Animal Health). The product also contains gingko biloba (has neuroprotective and antioxidant effects), Vitamin B6, Vitamin E, and resveratrol, which may protect against oxidative damage and reduce beta-amyloid secretion. [5]Another product that contains phosphatidylserine (Activait) has also been shown to improve signs of disorientation, social interactions and housesoiling in dogs. It is in combination with omega-3 fatty acids, vitamins E and C, L-carnitine, alpha-lipoic acid, coenzyme Q and selenium. [5]

Formed from methionine and adenosine triphosphate, SAMe may help maintain cell membrane fluidity and receptor function and regulate neurotransmitter levels as well as increase the production of glutathione. In dogs, SAMe has been shown to improve activity and awareness after 8 weeks of supplementation [5]

Apoaequorin is a protein naturally found in jellyfish. In laboratory trials, it can improve learning and attention, and can improve signs of brain aging. [5]

Dietary Treatment for Dogs with Dementia

Omega-3 fatty acids can be obtained from fish oil, particularly from cold-water fish such as herrings, sardines, and mackerel [5,9]. Fish oil is the best source of usable omega-3 fatty acids, EPA (eicosapentaenoic acid) and DHA (docosahexaenoic acid) [9]. Recommended dose for dogs is 100-150 mg EPA and DHA combined per 10 lbs of body weight [3].

Important for memory, intelligence and mood, posphatidylcholine is useful for cognitive disorders in dogs [2]. Choline is found in egg yolk, liver bran, wheat germ, soybeans, cauliflower, lettuce, and nutritional yeast [5]. In dogs, the recommended dose for cognitive disorders is 20-40 mg/animal given every 12-24 hours or at 10-15 mg/0.45 kg body weight every 24 hours [9].

Flavonoids (e.g. quercitin) functions like Vitamin C. Quercetin is a natural antioxidant bioflavonoid found in red wine, grapefruit, onions, apples, black tea, and in lesser amounts, in green leafy vegetables and beans. Suggested dosage (general use) of bioflavonoid complex in pets is 200 to 1,500 mg per day, divided into 2-3 doses. [8]

Carotenoids (beta carotene, alpha-carotene, lutein, lycopene, betacryptoxanin, zeaxanthin, canxanthin, and astaxanthin) are found in orange and green vegetables, and highly pigmented fruits [11]. Sources of beta-carotene include sweet potatoes, carrots and pumpkins [3]. Lycopene is found in cooked tomatoes, watermelon, and other red foods [2]. Carotenoids act as an antioxidant and they protect cell membranes by stabilizing oxygen free radicals produced [11]. AAFCO-recommended nutritional daily dose of Vitamin A in dogs is 100 to 200 IU/kg/day [8].

Lipoic acid and L-carnitine are mitochondrial factors that may enhance the function of aged mitochondrion by restoring the efficiency of the mitochondria and reducing oxidative damage to RNA [7]. Both have been found to benefit animals with behavioural changes caused by senility. [5]Dietary sources of L-carnitine include meat and dairy products. Lipoic acid-rich animal tissues (in the form of lipoyllysine; bound to lysine) include kidney, heart, and liver. Plant sources for lipoic acid include spinach, broccoli, and tomatoes. It can also be found in lower amounts in peas, Brussel sprouts and rice bran.[1]Recommended dose of L-carnitine for small dogs is 20-150 mg/kg, 3x daily; medium sized dogs-1 gram every 8-12 hours; and large dogs- 2 g every 8-12 hours [5]. Suggested dose for lipoic acid is 1-5 mg/kg body weight [5]. A study incorporating antioxidants and mitochondrial cofactors into the diet of adult dogs at a dose of 5.2 mg/kg/day of carnitine and 2.6 mg/kg/day lipoic acid has resulted in an improvement in learning ability of the aged dogs. [7]

Natural sources of MCTs include milk fat and coconut and palm kernel oils. MCTs consist 7% of the total fatty acids in milk fat. MCTs are more abundant in coconut and palm kernel oils, with about half of each of these oils comprised of C12 fatty acid [6]. A study in beagles 9-11 years of age, supplementing MCT at a dosage of 2g/kg/day resulted in an improvement in brain energy metabolism and decrease amyloid precursor protein levels in old dogs [10].